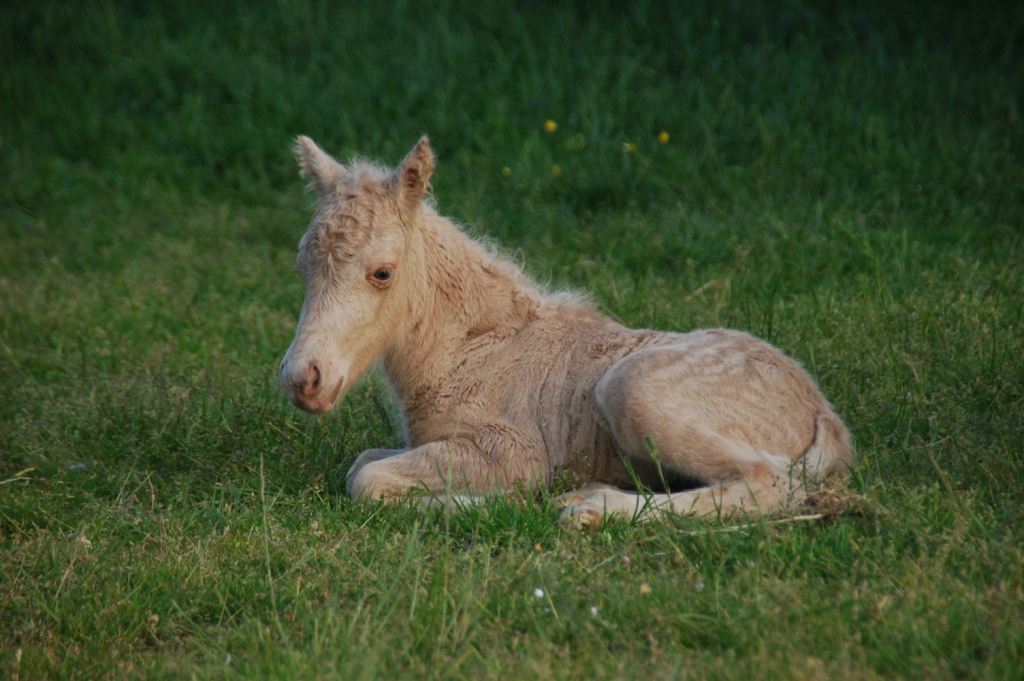 Our Bisou has managed it again to give birth three weeks early and still delivering a perfectly healthy little girl! This time we were prepared and we were there. We have even helped, but it was a smooth delivery and a very quick foal! Once she was all out and opened her eyes, she was straight within 5 minutes, loud neighing and already a little jump there. I saw immediately that this was a character lady. Only then did I got the time to take a good look at her and I was happy with my own breeding product! A beautiful palomino girl, almost a spitting image of her father Selu!

Shiloh's father is our own stallion SKS Em Pacs Selu, a beautiful cremello first premium stallion who only can pass palomino or buckskin to his foals. Shiloh has thus become a palomino! Selu has a very good pedigree with known names such as HCM Bucks Em Pac. Em Pac was in America U.S. National Top Ten Reserve Champion. At the NMPRS Em Pac achieved three times a first premium and so he became superstar and he was declared preferent thanks to his descendants who always do very well. Em Pac has the famous Boones Little Buckeroo as ancestor. Also Selu's mother Pecan Groves Blonde Ambition did it well in her younger years in the show ring in America. Then she was flown to the Netherlands, where she brought several foals into the world. She also has the famous Boones Little Buckeroo in her bloodlines. Selu is what is called double bred Buckeroo, a line breeding that's in America like to be seen.

Shiloh's colordna: Agouti: A / a - Red Factor: E / e - Cream: Cr / Ncr, which therefore means that she is a palomino with an agouti gene.

Shiloh herself is a very nice foal, who can move. When she was born, she looked like a copy of her father, but now she gets older, I see a lot of her mother in return. It is quite a character lady that will do well in the show ring, because she clearly likes to draw the attention to herself! If just she 'can steal the show'! Shiloh is registered with the AMHA, AMHR, BMP and NMPRS. She was born with a BMP breeding certificate, so she can participate in the free BMP categories. At the NMPRS she is in the main studbook, since both parents are pedigree certified and approved.

Shiloh comes from two first premium horses on and has a lot of big names in her pedigree. She is a combination of the three major progenitors within the AMHA: Boones Little Buckeroo in her sire line and Rowdy and Orion Light van het Huttenest in her dam line! So this is definitely a horse with a lot of breeding certainty and future! 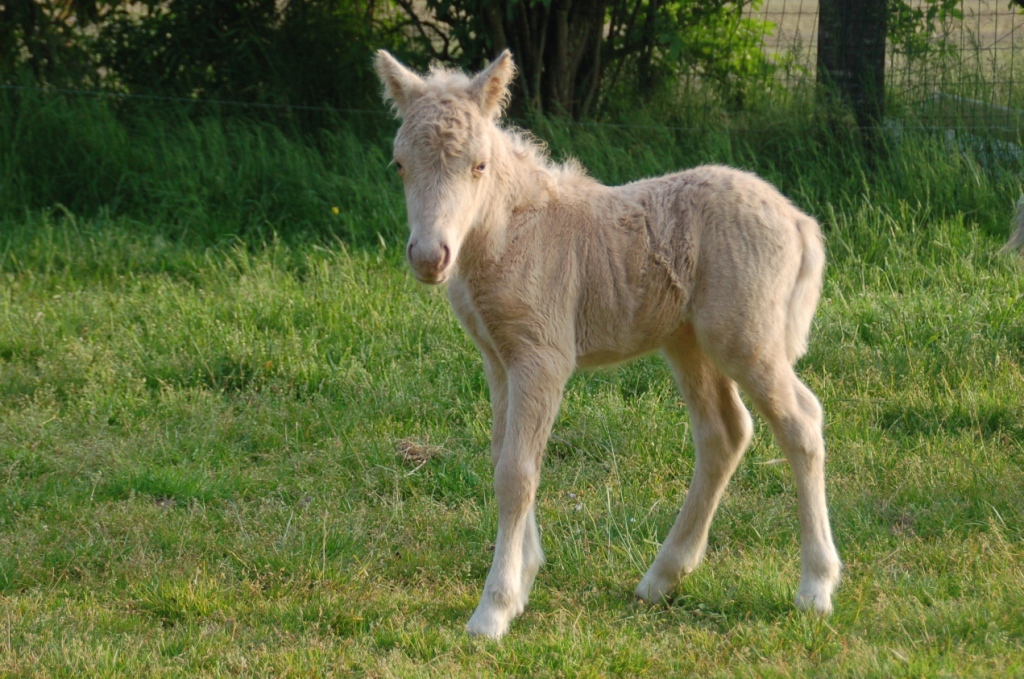 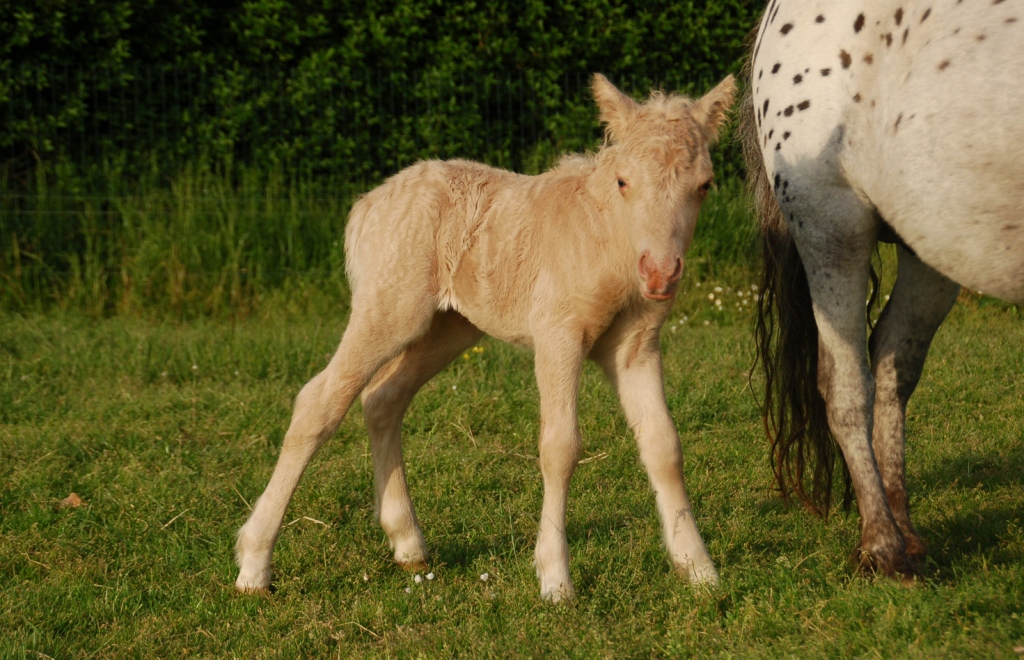 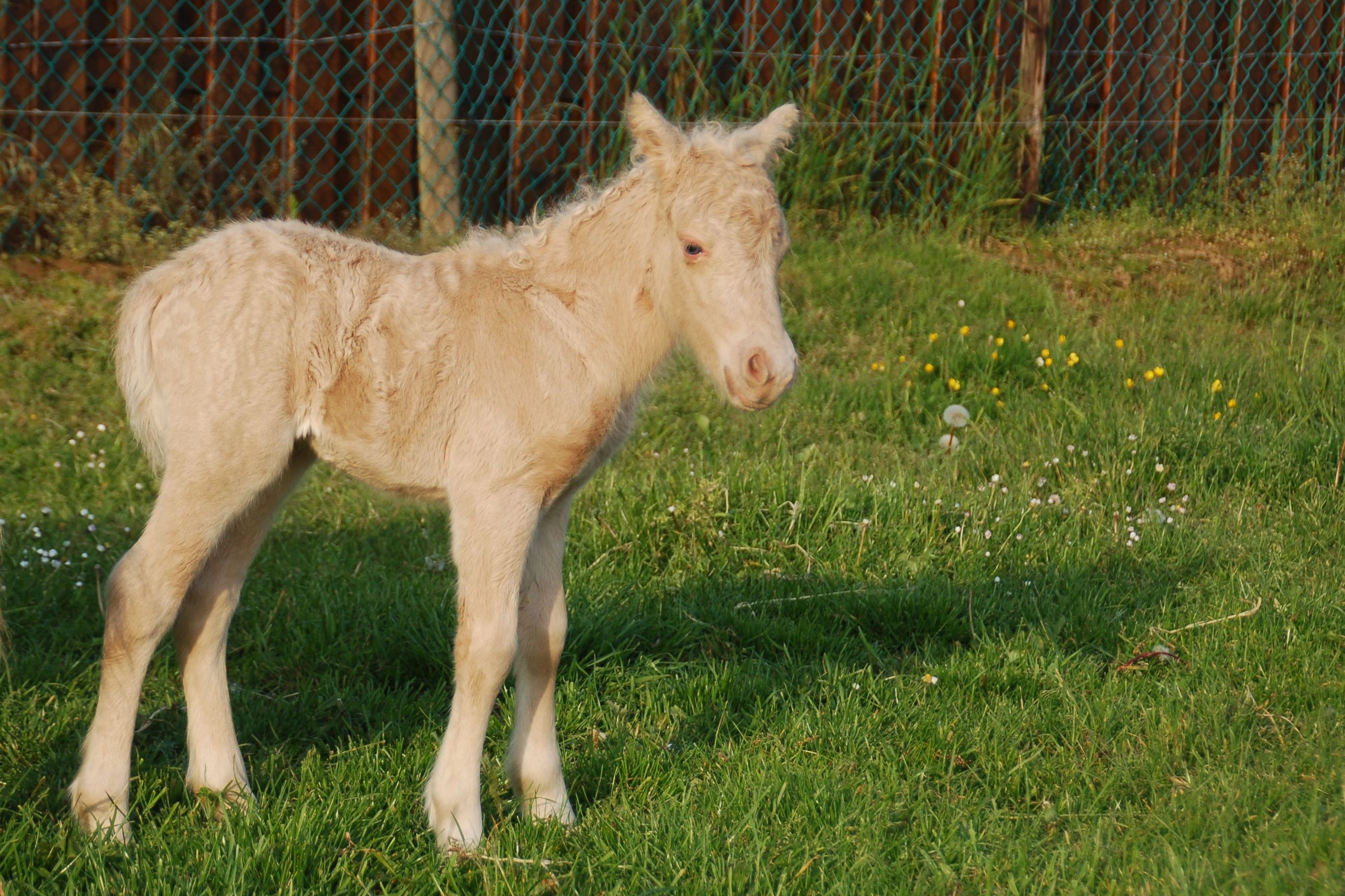 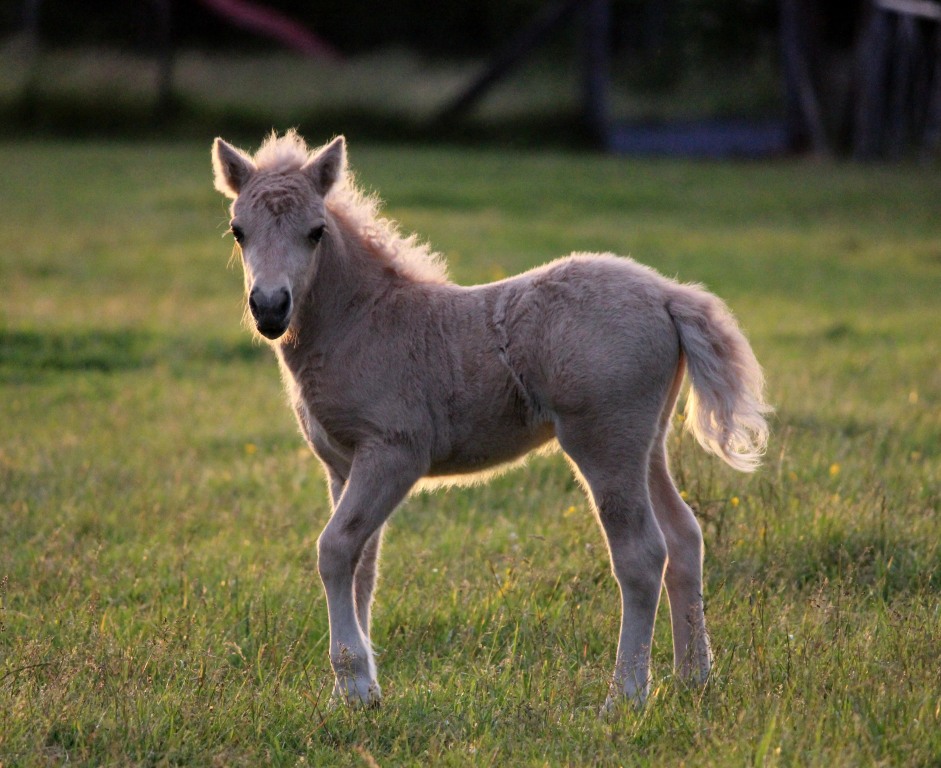 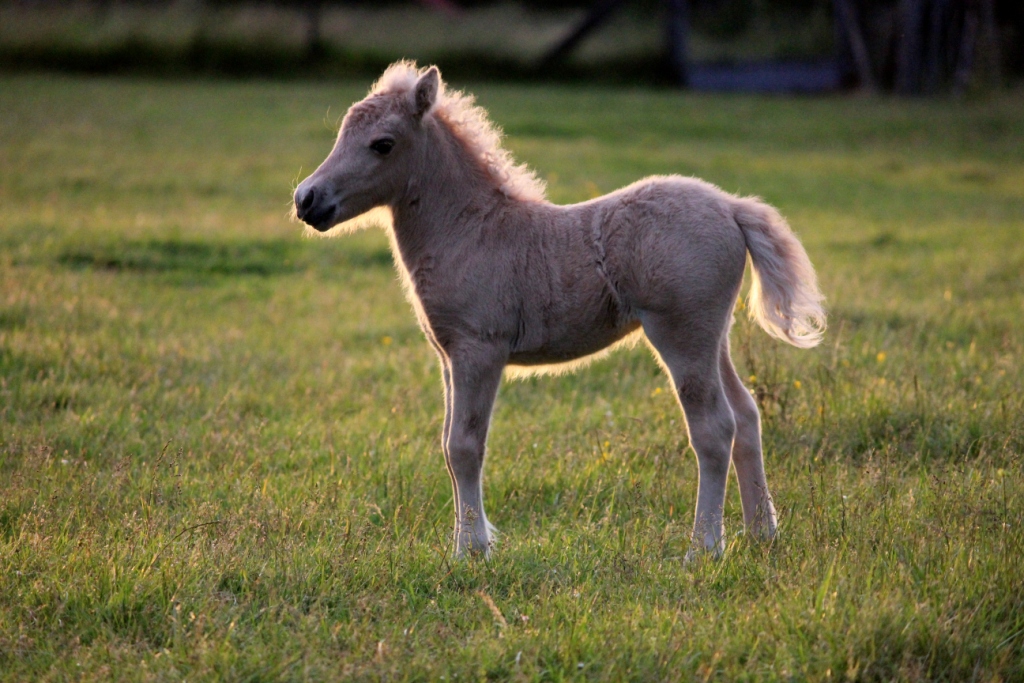 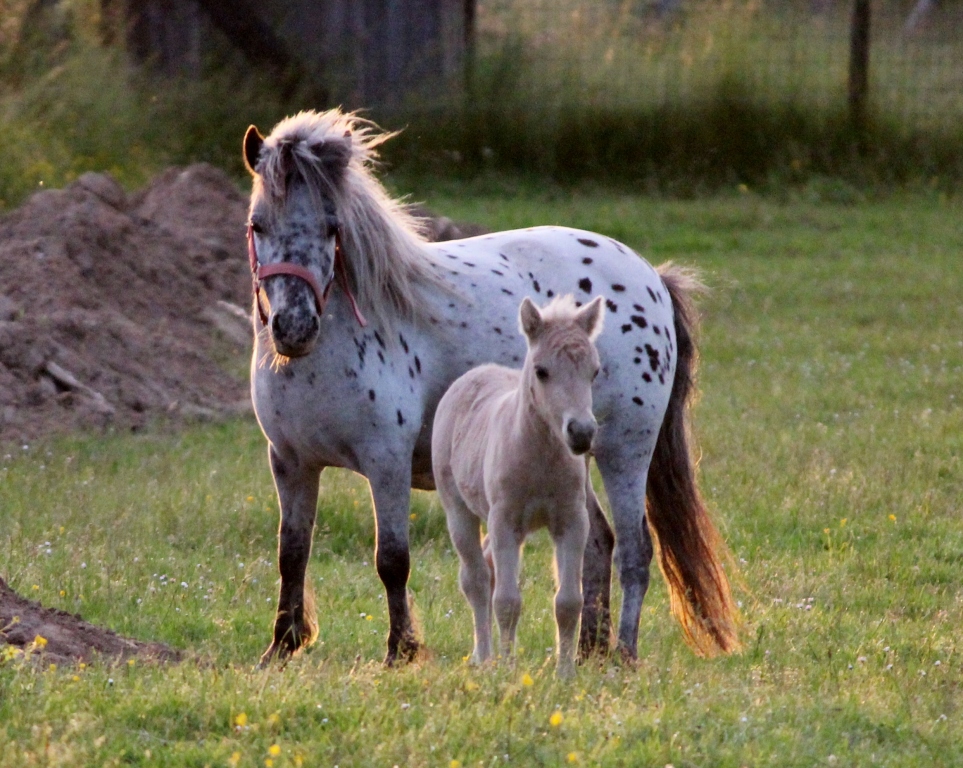 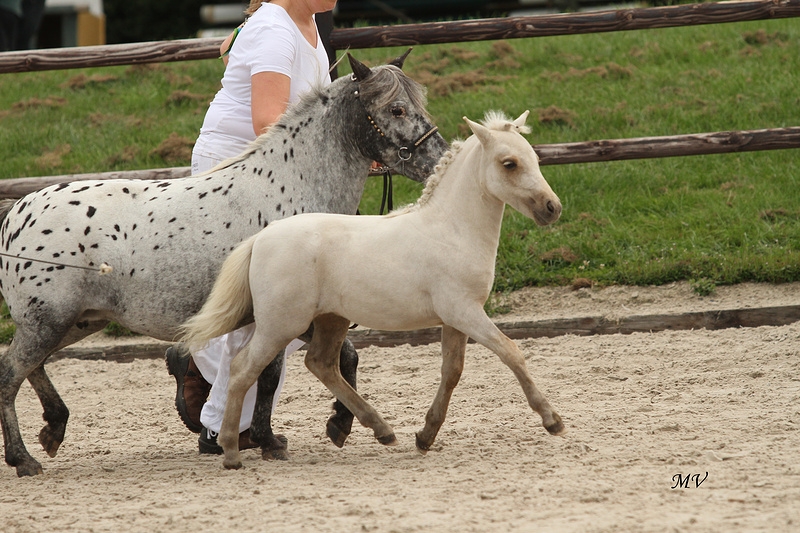 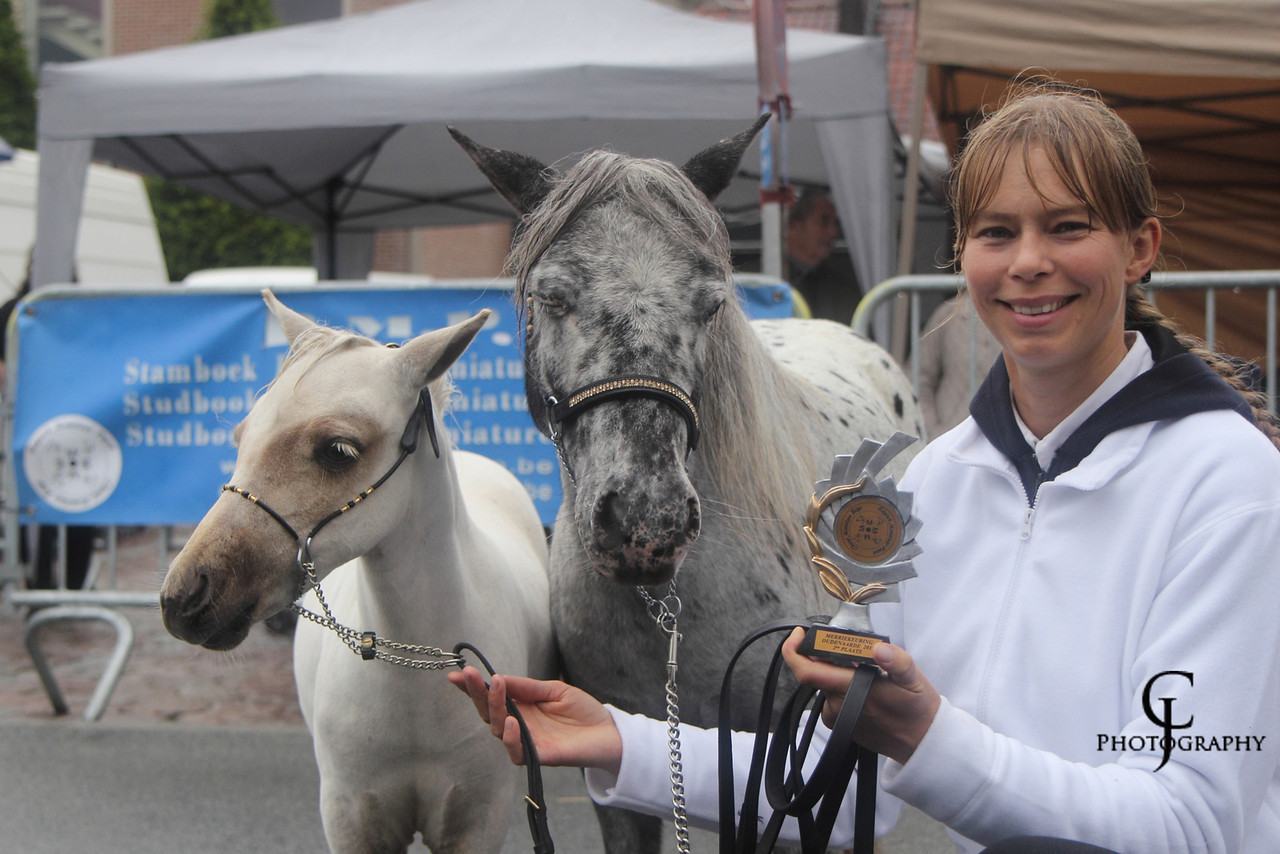