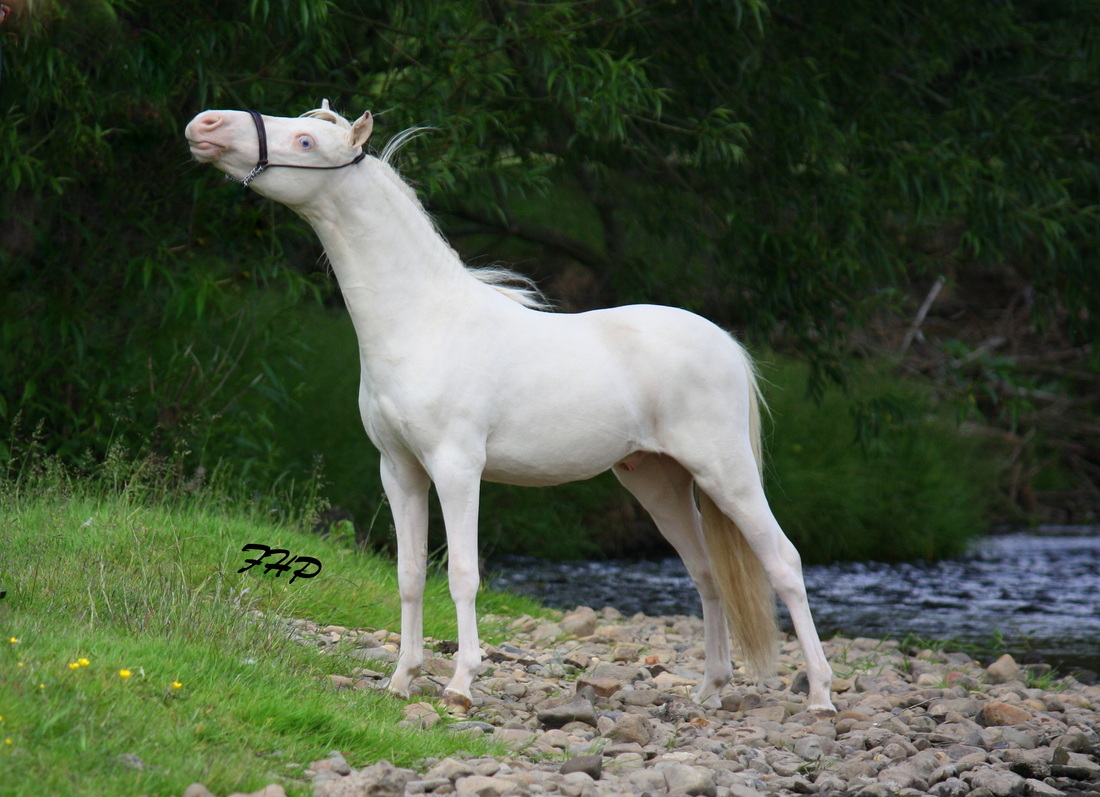 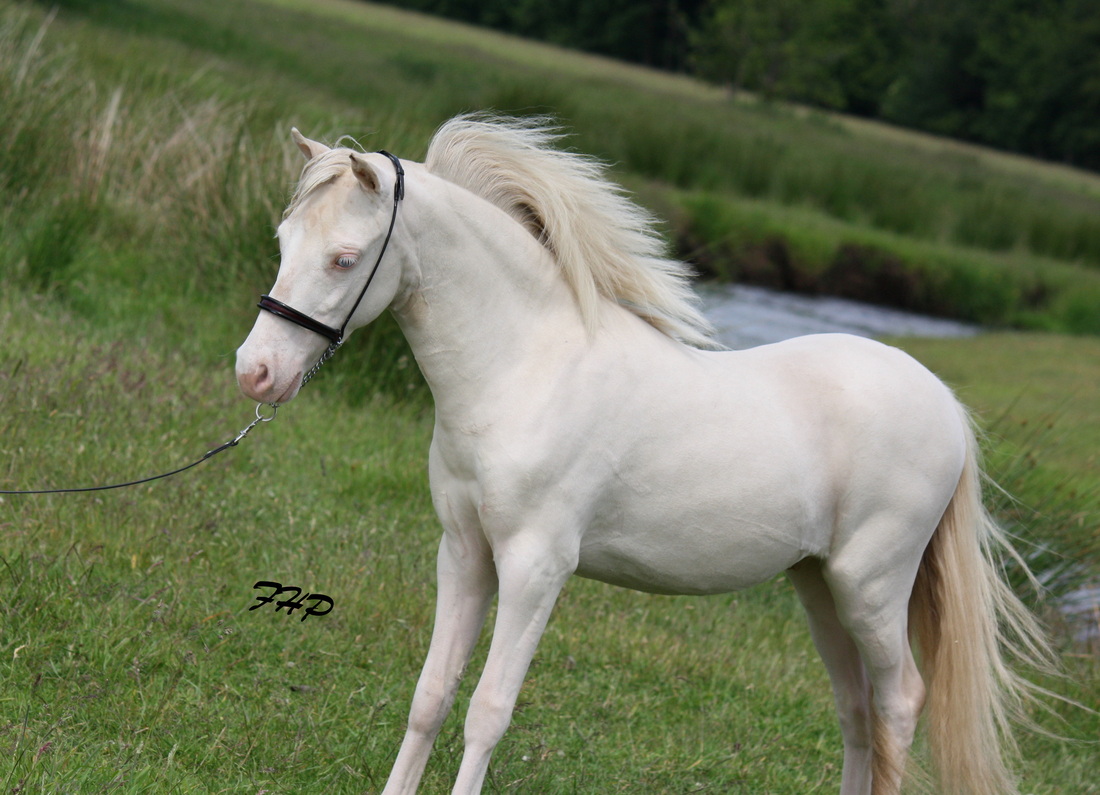 By chance we fell in love with this beautiful boy. We found him on the website of Dandy Farm Miniatures in England. Sarah-Jane Slater had also both his mother and his full brother and offered the two stallions for sale. She let the horses come over from America's most known Limestone Miniatures Ranch by Janet King.

Limestone is the home of First Knights Billy Idol, the father of our Echo. Billy Idol is already a living legend himself. This beautiful cremmello stallion is currently in America 'leading sire' within the AMHA. He himself is World Champion and World Champion producer. There is even specially created for him, Billy Idol Syndicate, some large stables that have joined together to ensure that Billy Idol would not be sold, because there were huge sums of money for him.

Billy Idol was bred at the First Knights Miniature Farm. He is himself a son of the well known First Knights Breakin All The Rulles, which repeatedly was National and Reserve National Champion, and the multi champion mare producer Meadow Sheep Goldilocks. Billy was her last foal and after his birth she became very ill and had to go to the clinic. Her foal did steal all hearts and it was the vet on duty that Billy gave his name. He said he just looked like Billy Idol and so Billy got its name.

It soon turned out that Billy was an exceptional colt and he moved to Limestone Miniatures, where his success story really began.

Billy Idols grandfather at paternal side is First Knights Bit O Hot Shot, a son of Sooner States Bit O Honey. Hot Shot was from 1992 to 1998 several times National and Grand National Champion and in 2005 World Champion Get of Sire. Grandmother on father's side is the mare Runnin Bares Rowdys Heiress, who from 1993 to 1998 was several times National Champion and became World Champion Produce of Dam in 2012. She then comes back through her mother Lazy N Rowdys Ginger, set in further generation of the known Rowdy.

In Europe there are not many sons of Billy Idol and we have one of! And what a one! Our Echo is really all we can wish for a horse: he is a really great horse, but in miniature! Beautiful head, beautiful neck, perfect in conformations, long and slender legs and he can move super. And such a pedigree behind where more can you dream of?


The mother of our Echo is the somewhat older mare Runnin Bares Classey Lassey, a beautiful silver buckskin mare who has brought some super good foals. The Runnin Bares mares are now all older and are still hard to find, but they guarantee super picked horses with very good bloodlines. The Runnin Bare Ranch was founded by Joe and Ginger Jeter, they were the founders of some very famous bloodlines and have devoted their entire lives to the good breeding of miniature horses. In 2000, they decided with a heavy heart that they were for old age, not in the possibility of taking good care for their horses and so also ended the Runnin Bares name. Many known stables were fast to take over their broodmares. Even with the ancestors of Billy Idol, a combination is made with a Runnin Bares mare. These bloodlines are really worth it! Classey Lassey carries through her maternal grandmother, the blood of the well known Lazy N Red Boy.

Our Echo will be used in our four-in-hand driving team and hopefully as a stallion later. We expect at least a lot of him! He comes from a bloodline full of champions, so in breedingterms you can not have much better!

He was tested for color and this is his colourdna: Agouti: a / a - Red Factor: E / e - Cream: Cr / Cr - Silver : n/Z. This means that he is a silver smokey cream that can pass the colors palomino and smokey black. Only if the dam carries agouti, it can be a buckskin foal. 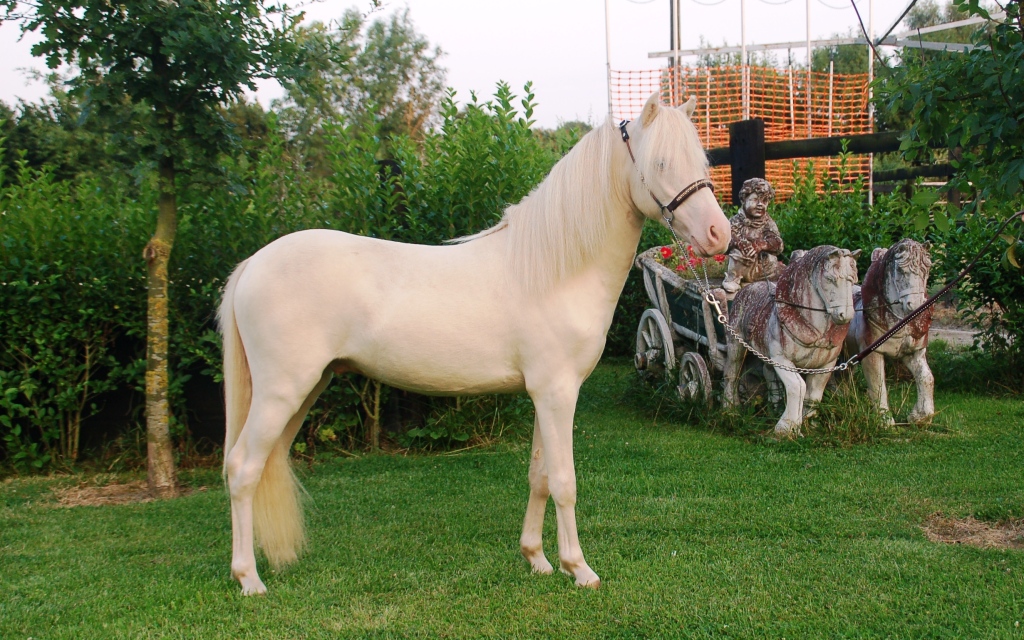 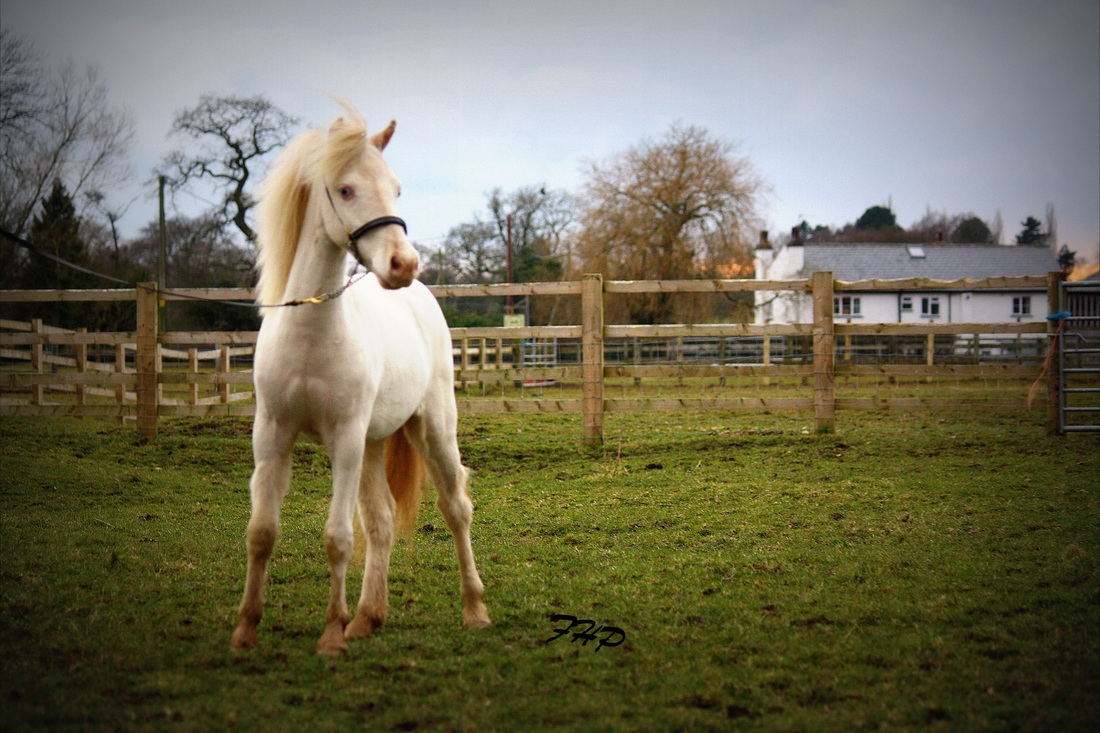 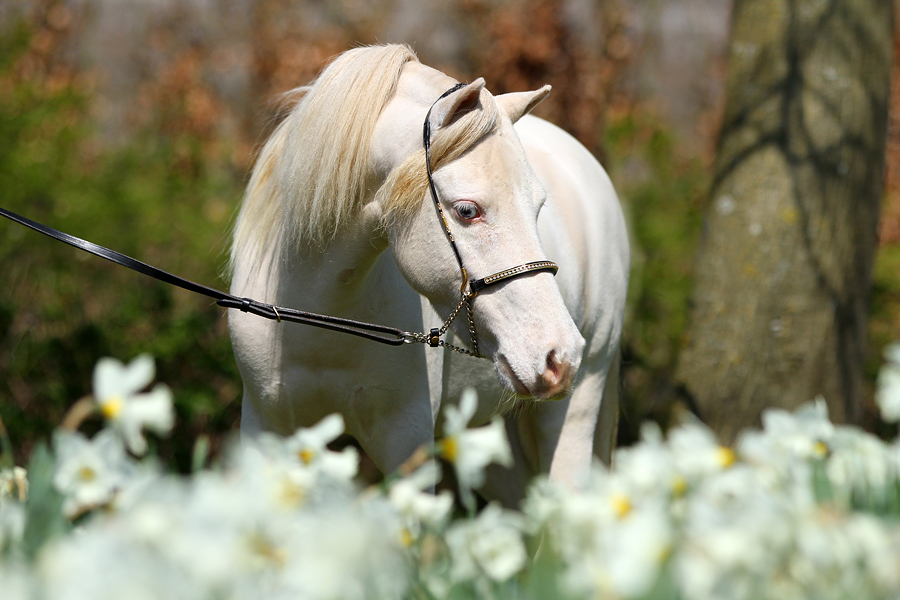 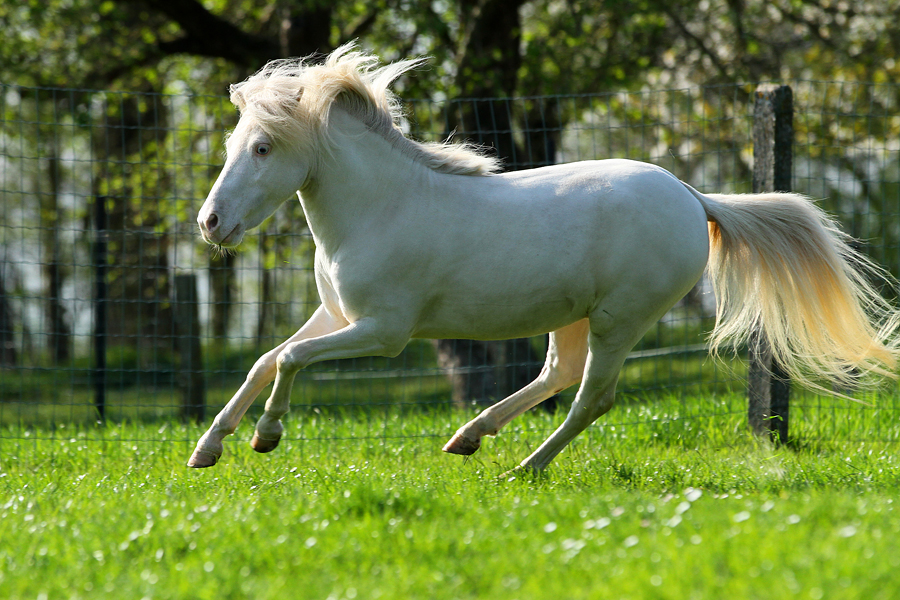 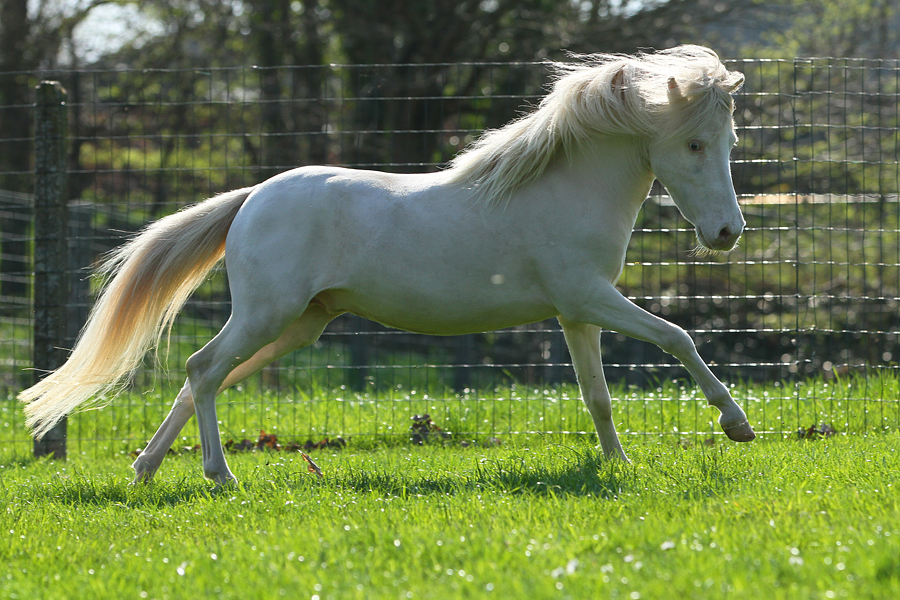 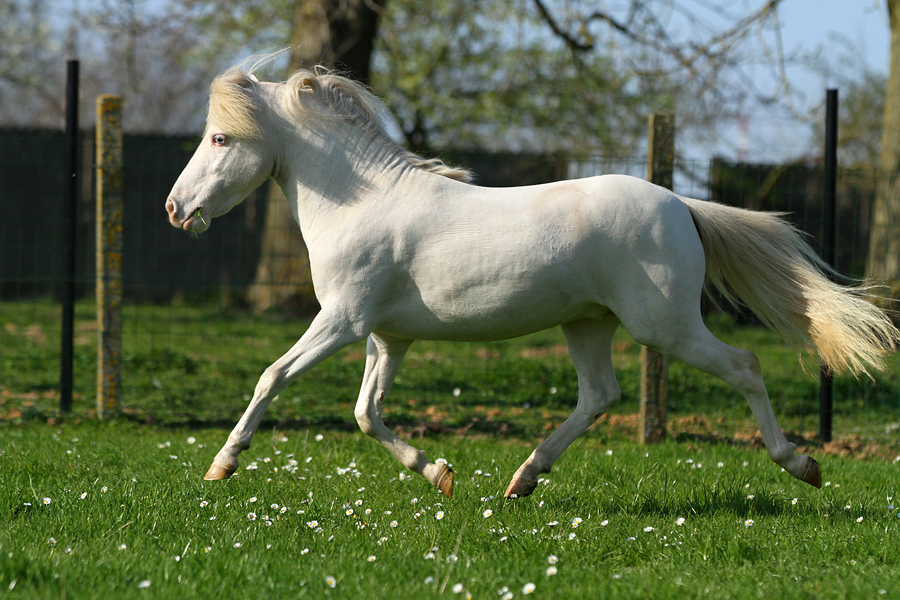 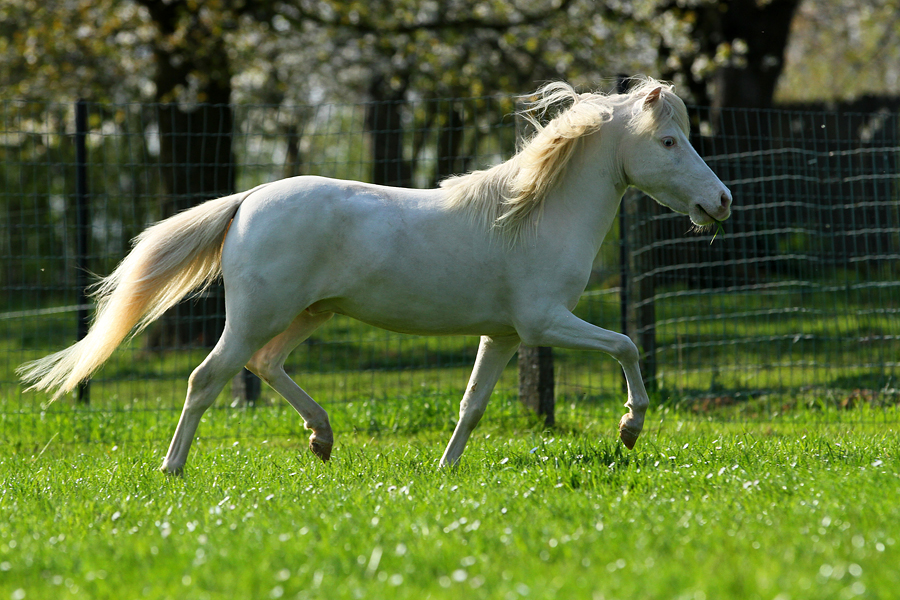